This summer, Oscar® winner Jordan Peele unleashes a fresh take on the blood-chilling urban legend that your friend’s older sibling probably told you about at a sleepover: Candyman. Rising filmmaker Nia DaCosta (Little Woods) directs this contemporary incarnation of the cult classic. For as long as residents can remember, the housing projects of Chicago’s Cabrini Green neighborhood were terrorized by a word-of-mouth ghost story about a supernatural killer with a hook for a hand, easily summoned by those daring to repeat his name five times into a mirror. In present day, a decade after the last of the Cabrini towers were torn down, visual artist Anthony McCoy (Yahya Abdul-Mateen II; HBO’s Watchmen, Us) and his girlfriend, gallery director Brianna Cartwright (Teyonah Parris; If Beale Street Could Talk, The Photograph), move into a luxury loft condo in Cabrini, now gentrified beyond recognition and inhabited by upwardly mobile millennials.

Dare To Say His Name 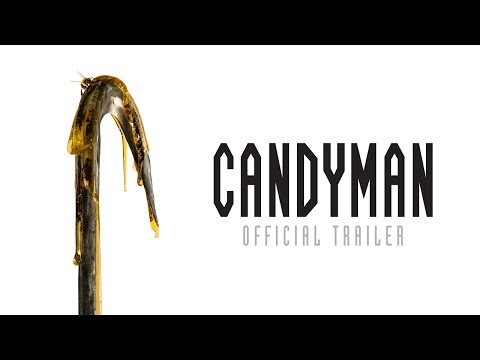 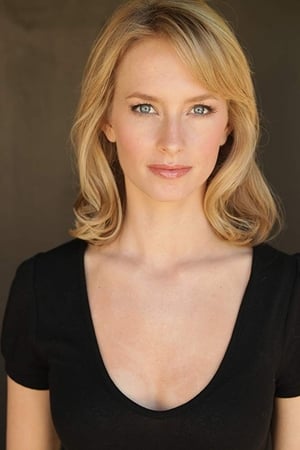 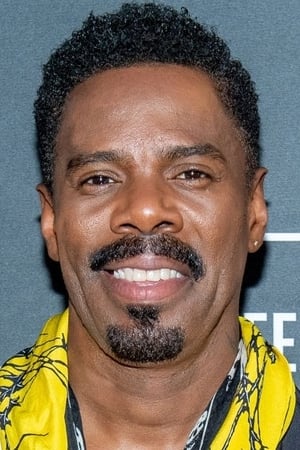 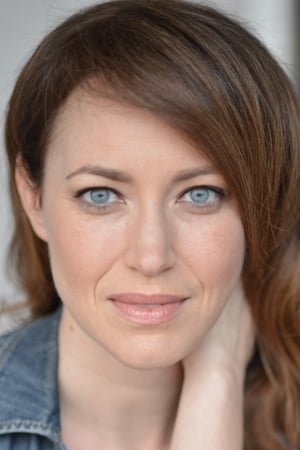 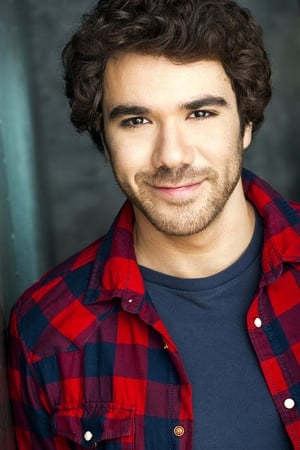 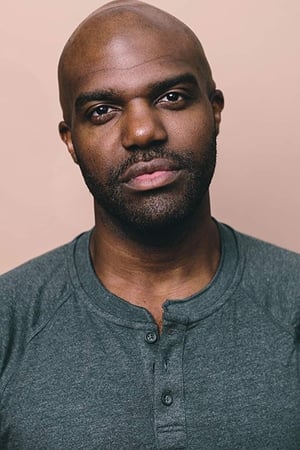 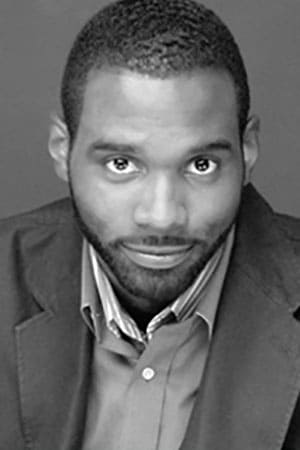 There is a new wave of action movie that has graced our screens over the past decade. The prominence of stunt-coordinators stepping on to the mantle of “film director”. Most notably, this has been extremely successful for the exhilarating John Wick franchise. Netflix is now the latest company jumping on board with this idea with the action-thriller Extraction.

Directed by Sam Hargrave (stunt performer from the Avengers franchise), Extraction follows Tyler Rake (Chris Hemsworth) a gun-for-hire mercenary who is tasked with extracting the kidnapped son of an international drug lord.

This movie is violent. It is brutal. In fact, it is the most entertaining aspect of the movie. Each scene is incredibly choreographed, utilising gun combat, hand-to-hand combat, exploding helicopters, car chases, jumping off buildings! If you can imagine it, this movie probably has done it! Hemsworth is fantastic in these scenes, with a really commanding on-screen presence. The breathtaking one-shot action scene which lasts 12 minutes is a highlight of the movie, even though some spotty CGI and edits can be noticeable, it is still immensely tense to watch and shows great talent from the director and the stunt performers.

Extraction’s story is par for the course when it comes to action movies. Tyler Rake is troubled by his past as a black ops soldier (complete with a drinking problem and PTSD), the bad guys do awful things to double down on their “bad guy” status, and the film uses it’s story to just go from action set piece to set piece without any overly intriguing dialogue or plot developments.  Hemsworth does get to show off more acting chops than this movie deserves in one particular scene, however when Extraction takes a breath from the insane action, these scenes feel like they overstay their welcome and start creating an itch for more action scenes to return to the screen!

If you’re in the mood to sit back and watch Chris Hemsworth brutalise his way through action set pieces without having to get to emotionally involved with the story and characters, then Extraction is one of the more passable action movies that Netflix have given us in recent times.

Josh Says - Action packed, brutally violent, and Hemsworth strutting his Aussie flair! What’s not to like..
The light plot honestly took nothing away from my enjoyment. The set pieces and choreography blew me away! *Do yourself a favour and watch the ‘shot by shot’ over on YouTube...

Plot: Tyler Rake, a fearless mercenary who offers his services on the black market, embarks on a dangerous mission when he is hired to rescue the kidnapped son of a Mumbai crime lord…

Quick Bite-sized Review
Stylistically, Motherless Brooklyn fits the 'crime-noir' genre well. It's got the brooding voice-over, the production design is vintage 60s and Norton's direction leans heavily into making the movie feel like the crime films of it's time.

It definitely feels like a first time directorial efforts. There is a mix-match of tones when it comes to certain shots, editing and song choices. And the film drags on a lot with its 140 minute run time.

This movie isn't great, but it's made me interested in what Norton could do next.

Plot
Lionel Essrog, a private detective living with Tourette syndrome, ventures to solve the murder of his mentor and best friend — a mystery that carries him from the gin-soaked jazz clubs of Harlem to the slums of Brooklyn to the gilded halls of New York's power brokers.

Note to cinemas. They need to start installing seat belts in cinemas, because this gives new meaning to being on the edge of your seat. Be careful! Don't fall off.

I was super keen for this as soon as I watched the first trailer. I LOVED Upgrade, and Elisabeth Moss is always great at bringing something different to the table. So going in my expectations were fairly high, and this exceeded them…. by a lot. The tension that is created in this horror/thriller is brilliant and undeniable. It's methodical build and purposefully slow camera work really gets under your skin, and puts you on high alert. It's truly brilliant. Also the sound design and score are exceptional. See this somewhere with great surround sound!

Performance wise, Moss is always superb in my books, and this is no different. She's so believable, so rooted in her character. The film most certainly works in big part, due to her harrowing portrayal of a women escaping a violent relationship.

Leigh Whannell, coming off the back of the electrical effort that was Upgrade, has put another foot firmly forward with this remake of The Invisible Man. Making this film for $7M is an astonishing effort. I almost don't believe it. The production is stunning. Whannell seemed to have a almost impossible task ahead of him and he has 100% delivered.

This is suspense at it's best! This is horror at its smartest. Just go see this film!! I really don't think you will be disappointed. Unless you have a heart condition or something. Then, this comes with a warning.

Plot
When Cecilia's abusive ex takes his own life and leaves her his fortune, she suspects his death was a hoax. As a series of coincidences turn lethal, Cecilia works to prove that she is being hunted by someone nobody can see.

Run time: 110m Tagline: What You Can't See Can Hurt You

The Lodge is a new psychological thriller that, in the best way, borrows from films like Hereditary, It Comes At Night and The Shining, but at the same time carves out a personality all of its own. The Lodge is unsettling, disturbing, and wickedly moody.

A family heads to their winter cabin for Christmas, as part of a 'get to know you' for the kids and the new girlfriend, Grace. Grace (Riley Keough) has a dark past, and the kids really don't trust her. When they arrive at the lodge, something isn't right, and when the Dad (Richard Armitage) has to leave for work, everyone starts feeling it's effects. But, It's not what you first expect.

One of the reasons The Lodge works so well, and there are many, is how it takes it's time to set the mood and tone for the film, while being intriguing and entertaining. There's a brilliant use of sound, which will inevitably make you jump out of your seat a few times, and the film is beautifully and meticulously shot. I really loved how this looked, and this is where the comparisons to It Comes At Night come from.

Austrian writer/director duo, Severin Fiala & Veronika Franz previously brought us Goodnight Mommy. While I enjoyed Goodnight Mommy, it was partially ruined for me by 'Scariest Movie Ever' tropes it was receiving at the time. I didn't find it scary at all, and definitely found it more of a mood piece. This is what Fiala and Franz do and they do it well. With The Lodge they have created a film that is again a slow burn, yet it never drags. Not once did my mind go elsewhere.

Riley Keough is excellent in this. There's more than a couple of layers to her character and she plays them with ease. The two children actors, Jaeden Martell as Aidan, and Lia McHugh as Mia are also great. We've seen Martell before in Midnight Special, It 1 & 2, and more recently in Knives Out, but it was Lia McHugh (see her in the upcoming, Eternals) that really stood out. She is exceptional in this. She has some confronting scenes and she nails them all!

I really liked this film. It's overall tone and mood get under your skin in the best possible way, and I really didn't see where it was ending up.

Nick Says - It's part Hereditary, part The Shining, part It Comes At Night. But it's entirely disturbing, creepy and haunting. Stunning imagery, claustrophobic cinematography and an amazing performance from Riley Keough. ⭐️⭐️⭐️⭐️

Color Out of Space

'Right, if you don't mind, it's time to milk the alpacas.' This is Nic Cage's response to a freaky colourful meteor that lands in the backyard. This is what you're up for if you choose to go and see Color Out of Space. And I really think you should!

A few short years ago, we were given the gift of Nicholas Cage going beyond full Nic Cage, in the acid trip, fantasy horror, that was Mandy, and I myself loved it. Color Out of Space, produced by the same company, is definitely looking to feed off those feels. Richard Stanley is back directing his first feature in over 20 years, and I have to say he does a great job.

Now when you've got 2 guys involved in a film, that at one point in their lives they both went in a search for the Holy Grail, you know you should be in for something completely bonkers. And bonkers you have in spade fulls. Meteors, aliens, alpacas, a pussy cat called G-Spot, and that's only the half of it. When this thing gets into full swing, strap yourself in, because things get violent, weird and downright crazy!

There's so many quotable lines in this film, with 99% of them coming from Cage. His character, whilst in the midst of losing his mind, is beautiful to watch. I was getting those flamboyant Castor Troy vibes. The cinematography, and bright, vibrant colours are also done really well, with similarities to the look of Annihilation. That coupled with the score, another high point for me, gives it exactly the right brooding atmosphere.

My advice is watch the trailer and see what you think. If you love weird and wonderful, and you liked Mandy, then I'm pretty sure you'll dig this.

Plot
A story of cosmic terror about The Gardners, a family who moves to a remote farmstead in rural New England to escape the hustle of the 21st century. They are busy adapting to their new life when a meteorite crashes into their front yard. The mysterious aerolite seems to melt into the earth, infecting both the land and the properties of space-time with a strange, otherworldly color. To their horror, the Gardner family discover that this alien force is gradually mutating every life form that it touches...including them.